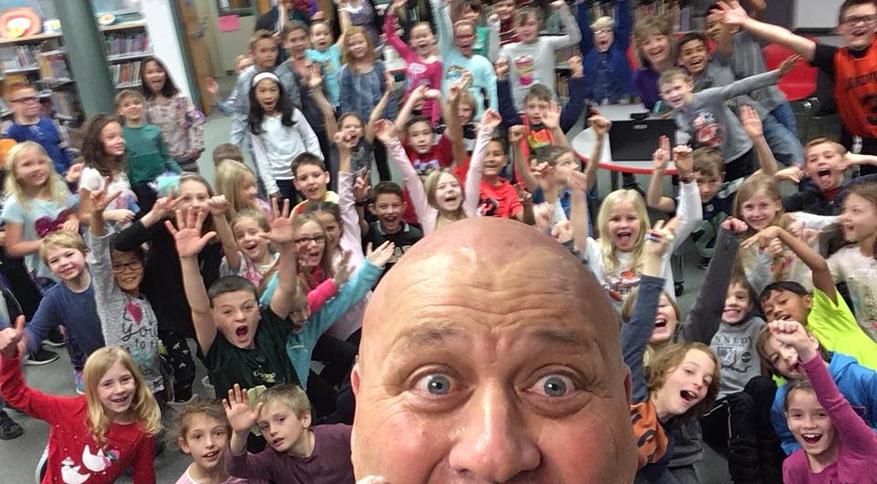 There are several reasons why chef Gino Campagna is the authority when it comes to the issue of food and children.
Born in Italy, Gino is a native of Parma, in a region that Forbes magazine describes as "Italy's Greatest Gastronomic Treasure".
Parma is where the famous cheese, Parmigiano-Reggiano, is made, and ditto for everyone’s favorite deluxe ham, Prosciutto di Parma. It is also home to two of Europe’s largest food producers, agri-giant Parmalat and Barilla, the pasta and sauce king. Every two years CIBUS, the largest food convention in Europe takes place in this wonderful city and Parma is the official capital of food in the European market.
Growing up in Parma, Gino's food IQ was raised by the finest ingredients and refined by the rich local culinary traditions.
Chef Gino's mom was not only a wonderful home cook who taught Gino the basics of Italian cooking but she was also the chef at the nursery school Gino attended as a child and where he also worked after he received his teaching degree for early education at the Istituto Magistrale San Vitale in Parma.
Cooking for an Italian school is like cooking for the finest restaurant, as Italians pride themselves in making sure that their children receive ONLY the best when it comes to food. It's easy to see why fighting for better cafeteria food in the USA, thanks to Gino's mom, is in his DNA.
As he was working as an educator in Italy for more than 10 years, Gino still found time to work in local Cafes and became the to-go guy for dinner parties when he moved for 2 years to London while working for the International Coffee organization.
In the mid-nineties, as Gino arrived in Los Angeles, a city he now calls home, he immediately noticed that American children lacked the sophistication of their Italian counterparts when it came to food. At that time, Americans seemed content to feed kids a steady diet of hamburgers, chicken nuggets, pizza and grilled cheese sandwiches.
Gino started teaching cooking classes for children at Creative Space Hollywood and Storyopolis in Beverly Hills. Both places were very popular in the entertainment community, so it's no surprise that when Gino produced a pilot for a cooking show for children it immediately was picked up by the Disney Channel. Gino's Kitchen, a series of interstitials aimed at teaching kids a creative and engaging attitude towards food (an attitude that is Chef Gino's trademark style) aired on Disney channel for a year and became a revolutionary show way ahead of its time.
From that moment Chef Gino's career started to grow on two parallel tracks:

Live events/Classes/Education
In a time where celebrity chefs, stay-at-home parents, failed caterers all jumped on the bandwagon of kids and food, Chef Gino is proud of being first and foremost a teacher with a long successful career in early education.
His method is original and effective, the opposite of a Laboratory-based method, Chef Gino's method is based on the creation of enthusiasm and engagements as Chef Gino knows very well the lessons kids learn best are the ones taught through fun and play.